After Kristen Stewart's late night at the afterparty following the premiere of Welcome to the Rileys, she was up early to head to the Regis and Kelly studios in NYC. She's pouring all her energy into promoting the movie, though last week Kristen was all about Breaking Dawn while on set with Robert Pattinson and Taylor Lautner in Louisiana. Kristen changed into a short plaid dress inside before sitting down to chat with Regis and Kelly about her indie film with James Gandolfini and Melissa Leo, also revealing that she and her Twilight costars will be working on their next installment until May of 2011. 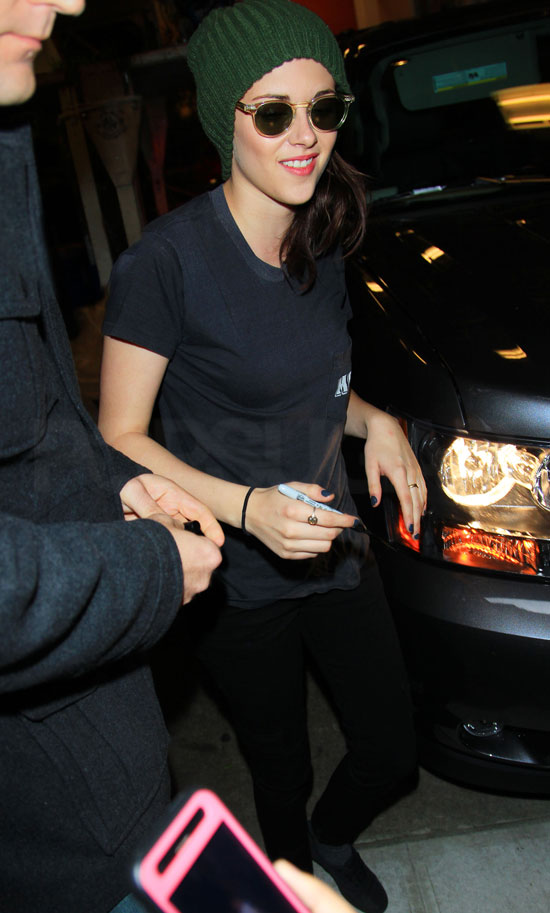