Taylor Lautner and Kristen Stewart cuddled up at an Eclipse press conference in Sweden yesterday. They chatted about sex in the film, and went to a fan event. While the Twilight duo promoted in Rome and Berlin, their costars Kellan Lutz, Ashley Greene and Xavier Samuel were in Toronto for the MuchMusic Awards and underwear appearances. Kristen and Taylor have found time to relax during their hectic European tour, and they'll need energy for Thursday's LA premiere. You can be at the UK premiere if you enter our giveaway! To help with the wait until the film comes out, watch two new clips after the jump. 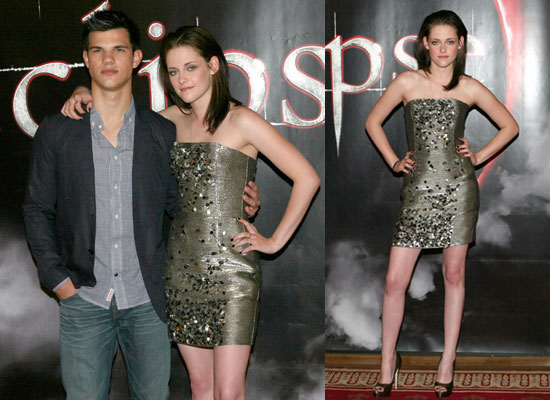