Kylie Minogue stayed close to Andres Velencoso as the couple watched Rafael Nadal and Andy Roddick compete in the ATP World Tour Finals at the O2 Arena in London yesterday. The singer is busy with more music, and released the video for new single "Better Than Today" this week. She's getting into the spirit of the upcoming holiday season by recording a carol, discussing Christmas shopping on a radio show, and taking part in Macy's Thanksgiving Day Parade tomorrow. Kylie recently refuted reports she's on a water diet, and she took to Twitter again to deny claims she wants Dannii to leave The X Factor. 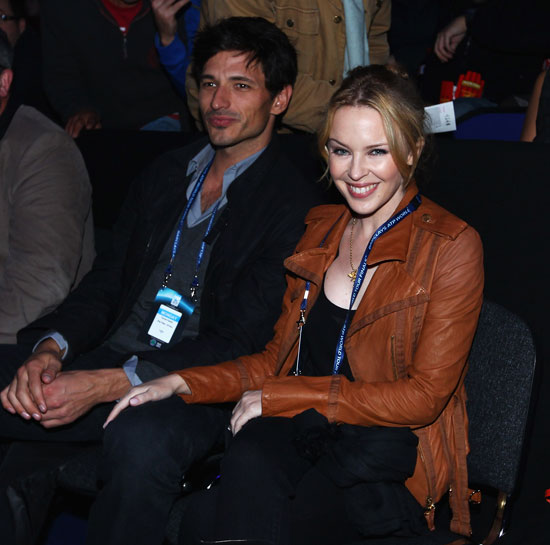 To see more pictures of Kylie and Andres, read more.