Putting split rumours to rest, Kylie Minogue and Andres Velencoso cuddled and kissed at the amfAR Inspiration Gala in New York last night. Kylie hosted the event and wore two different outfits throughout the evening as she mingled with stars and designers like Cyndi Lauper and Marc Jacobs. Jean Paul Gaultier was honoured for his philanthropic contributions alongside Ricky Martin, who Kylie said was "embracing life" since coming out.

Zoe Saldana and Kelly Rowland chatted during the night, the latter back from enjoying the South Beach sun in her bikini. Estelle looked hot in her tiny black outfit and sang alongside Cyndi Lauper and Kelly onstage. 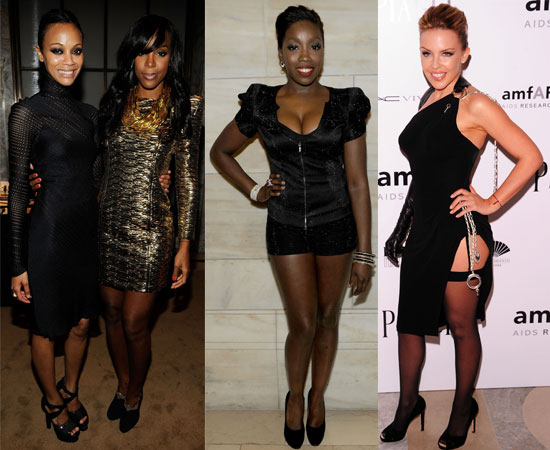 To see more photos of Kylie, Andres and the rest of the guests, just read more.