Kylie Minogue left Melbourne last night with Andres Velencoso at her side. She was full of smiles as she boarded a flight to Singapore, where they'll spend the night for a stopover. Kylie's been spending time with her man, her sister Dannii and her new nephew Ethan back in her homeland, while rumours of a cameo on Neighbours continued. Kylie's also starring on the cover of Marie Claire Australia's 15th Anniversary issue, promoting her album Aphrodite. 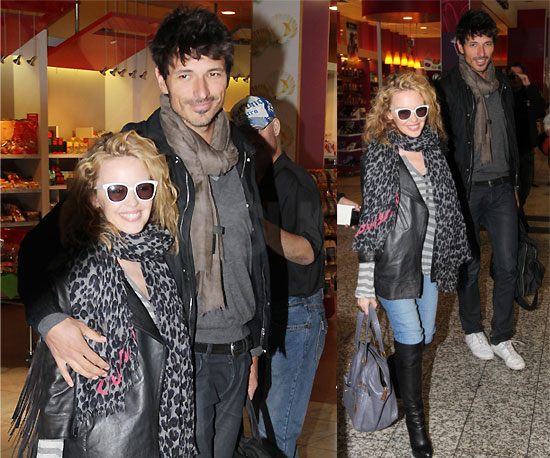