Kylie Minogue wore a tight red dress as she visited a hotel in London yesterday. The red band she's wearing on her wrist has led to speculation she's turned to Kabbalah, but Kylie tweeted a closeup of the bracelet. She's opened up about Andres Velencoso, saying: "He loves me most of all with no make-up on, wearing my golfing jumper and jeans. It’s his favourite look because he knows he’s getting something out of it — a game of golf". In her interview with Blackbook, Kylie revealed her thoughts on Lady GaGa and posed in swimwear for the shoot. 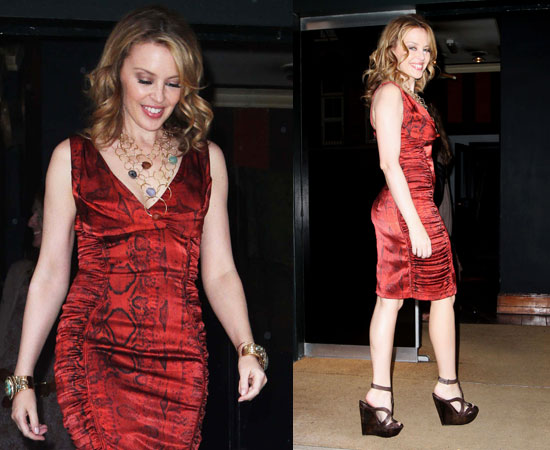