Lily Allen changed into a pink dress last night to celebrate her win at the Ivor Novello Awards. Having said she's taking five years off music to start a family, it actually looks like Lily isn't ready to quit just yet. She's going to headline The Big Chill festival in August, and support Muse at Wembley Stadium in September. Her hat-trick of gongs yesterday has inspired her to stay creative, as she said: "I'm still writing — it makes me want to keep writing". Lily's also sung on Professor Green's "Just Be Good To Green" and their video has just been released. Check it out after the jump and let me know what you think. 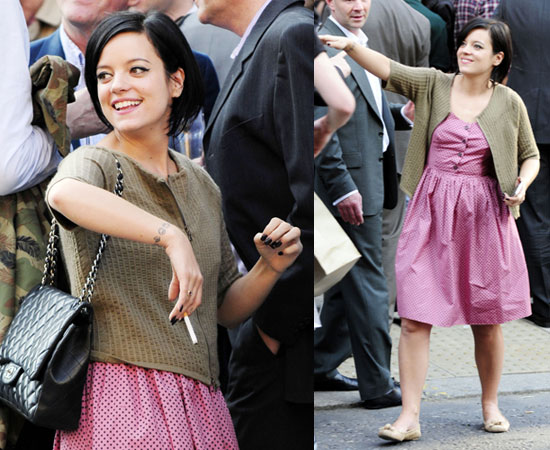