Lily Allen was at Lord's Cricket Ground this weekend to watch England take on Pakistan, along with her man Sam Cooper. She wore an eyecatching pink coat both to the match and then to the Ivy Club. Lily tweeted that she was heartbroken by the match fixing scandal that rocked fans and the media on Sunday. But was cheered up as she congratulated her mother on her Emmy win, and threw her support behind Must Be The Music duo Pepper and Piano. 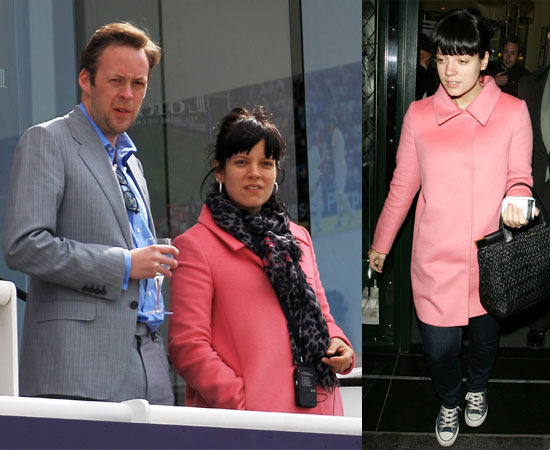