Lindsay Lohan has just reported to an LA court to check in with Judge Marsha Revel before reporting to jail. She had some last-minute upheavals in her legal representation, after her just-hired lawyer Robert Shapiro quit and Shawn Chapman Holley was rehired. LL tweeted last night that she never expected to go to prison — she wrote, "the only 'bookings' that i'm familiar with are Disney Films, never thought that I'd be 'booking' into Jail. . . eeeks." She was reportedly cuffed and is now on her way to the Lynwood Correctional Facility, where she's expected to serve only around 25 percent of her 90-day sentence. 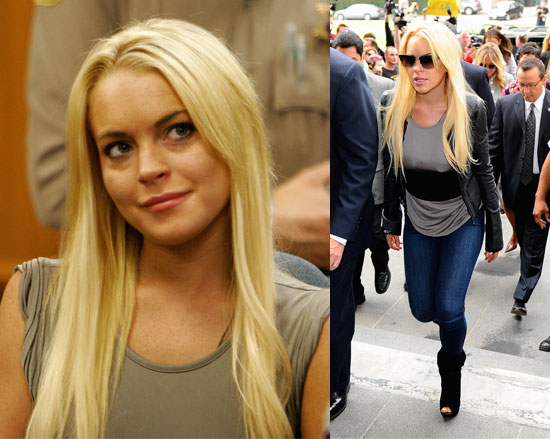