Lindsay Lohan was at a Santa Monica courthouse yesterday, and not with the rest of the Machete crew at the Venice Film Festival. Rumours spread that Robert Rodriguez disinvited her from the Hollywood premiere of the movie, but a rep for 20th Century Fox denied that report. She's denied an alcohol or drug addiction in Vanity Fair which has published an interview she did prior to her time behind bars, and blames falling in with the wrong crowd for the troubles she's had. 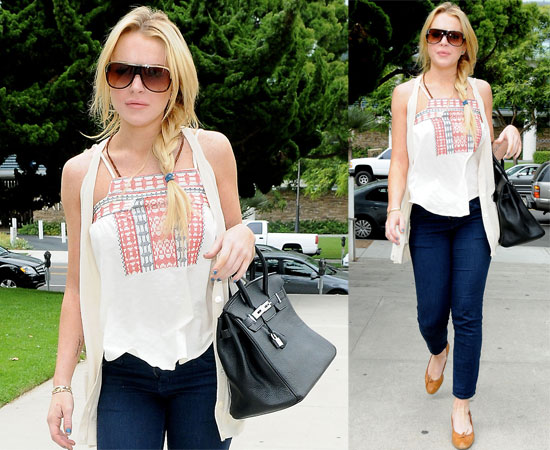