Madonna left Aura nightclub in London yesterday with reported new beau Brahim Zaibat following close behind. The singer apparently spent £12,000 on the night out with her man and entourage, but she made sure she wasn't pictured with Brahim by leaving in separate cars 10 minutes apart. Madonna has reportedly been seeing the backup dancer for a few months, and the couple were spotted at a cinema in NYC last week. 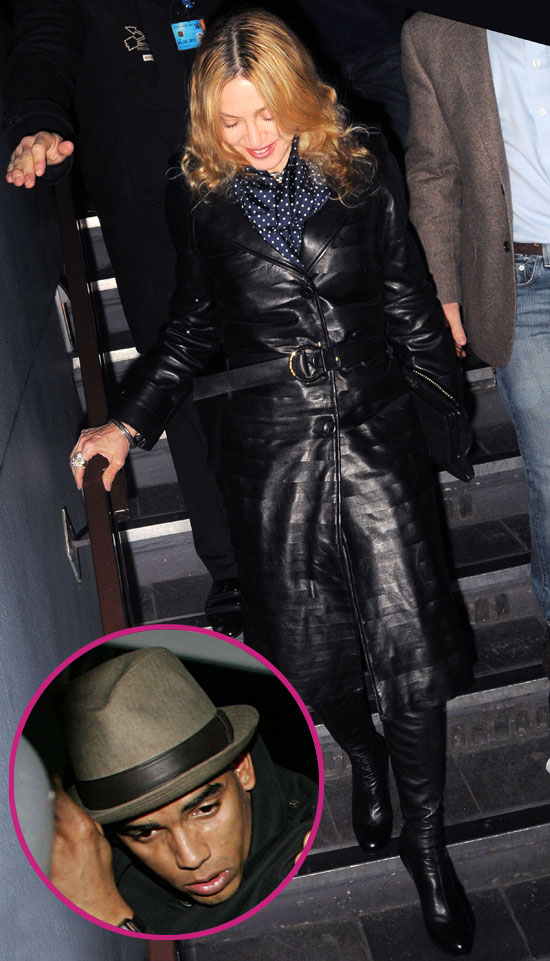