Mark Wahlberg and Will Ferrell took The Other Guys to the Gold Coast for the Australian premiere yesterday. They were joined by Eva Mendes for their NYC premiere, but she skipped this trip and left it to her male costars to show off their successful cop comedy. Mark and Will spoke about their hilarious fight scenes while doing promo in New York, and revealed at Comic-Con that they've taken their working relationship to the next level. They played a friendly round of golf at the beginning of their overseas trip, and Will was there when Mark received his star on the Hollywood Walk of Fame last month. Will you see the film? 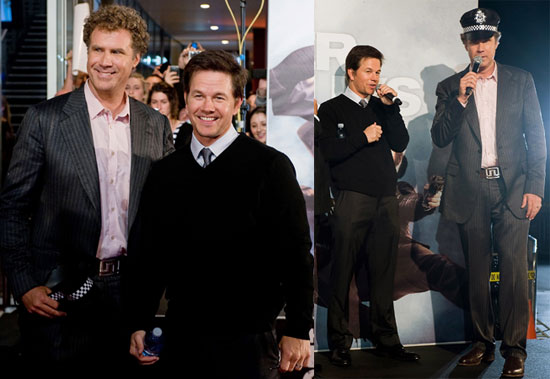 To see more pictures Mark and Will in Australia, just read more.