Ashley and Mary-Kate Olsen kept their jackets on to walk the red carpet at the Women's Wear Daily party in New York last night. The twins both wore shaggy black coats to the bash at Cipriani which was their first outing since they returned from Paris a few weeks ago. Covergirl Jessica Szohr wasn't on the Gossip Girl set to help Penn Badgley celebrate his birthday earlier this week, but she was certainly in a party mood as she put on her leopard print boots and attended the WWD bash alongside Marc Jacobs and Anna Wintour. 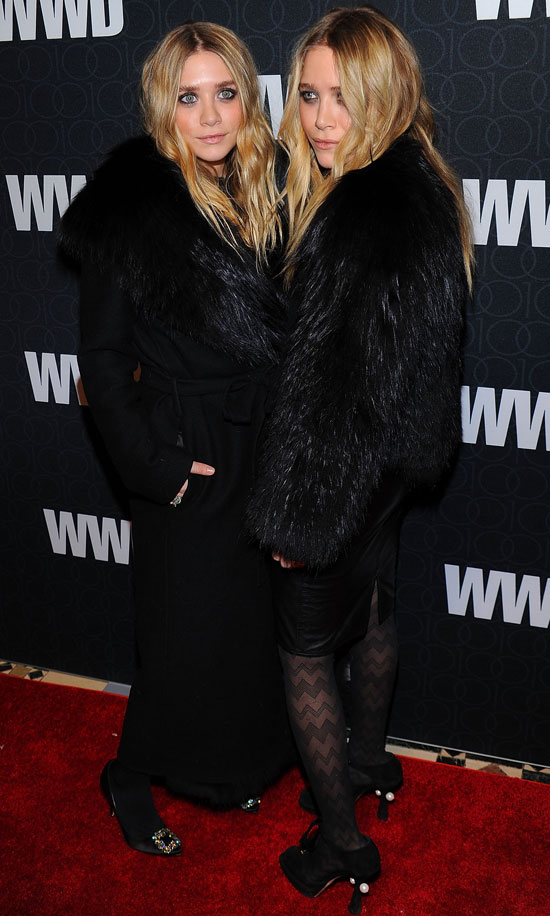 To see more from the WWD event, just read more.

Celebrity Style
The Emmys Are Here, So Naturally, We're Binge-Watching the Red Carpet
by Hannah Weil McKinley 10 hours ago

Award Season
Someone Call Trent Crimm, the Ted Lasso Cast Looked Like Next-Level Superstars at the Emmys
by Perri Konecky 16 hours ago

Award Season
Bust Out the Fruit Wine! The Schitt's Creek Cast Had a Sweet Reunion at the Emmys
by Monica Sisavat 17 hours ago