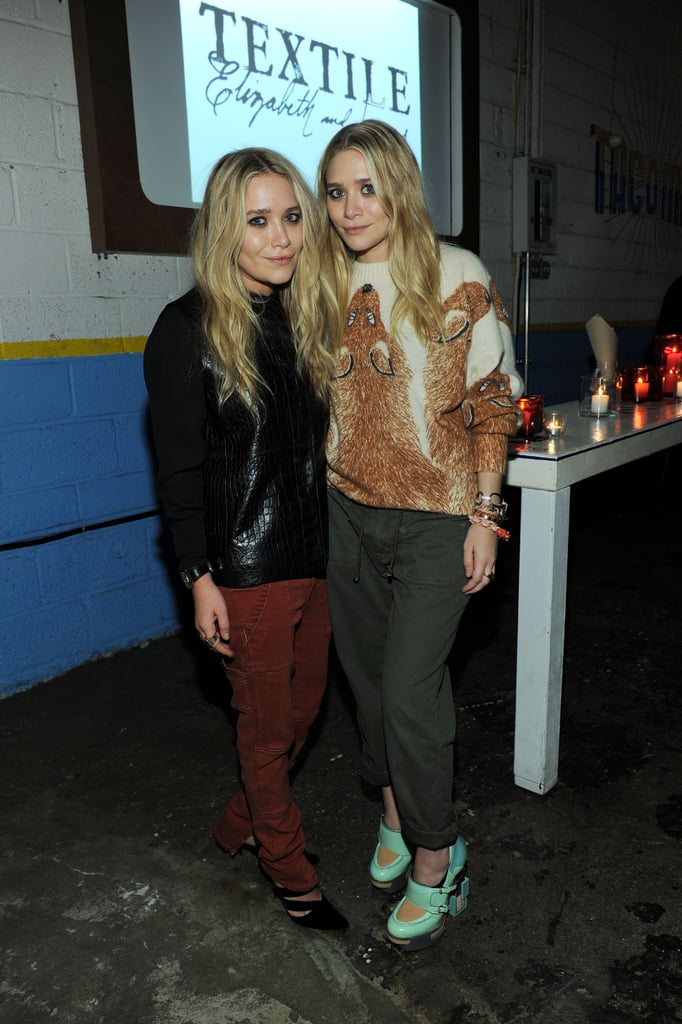 Mary-Kate and Ashley Olsen posed for photos at the launch of Textile Elizabeth and James at Tacombi in New York City. They named the original line after their sister and brother, and Elizabeth was there with her sisters. She's been getting her own buzz since Sundance for her roles in two movies that screened there, and she'll be starring in an upcoming Robert De Niro movie. Mary-Kate has her own film project to focus on, Story of a Girl with Kevin Bacon and Terrence Howard, but for now she and Ashley are staying caffeinated to keep focus on showcasing another of their lines — The Row — at the upcoming New York Fashion Week.