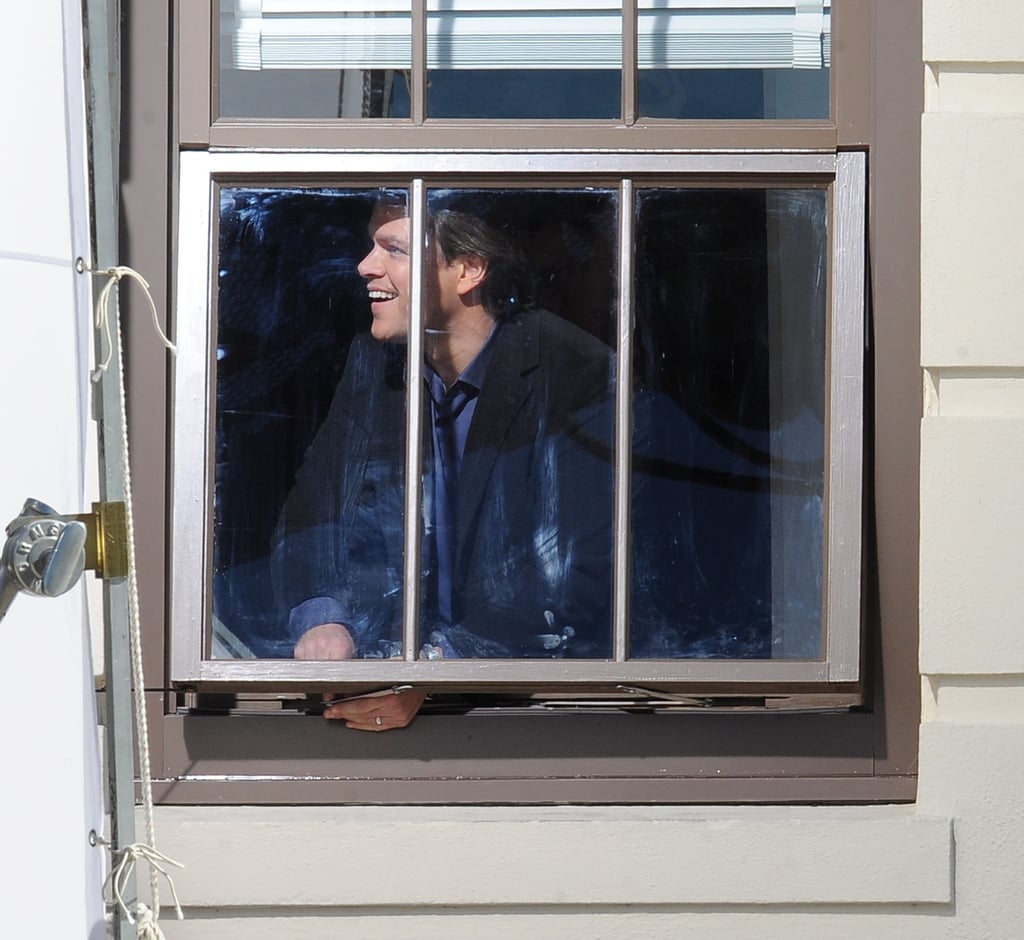 Matt Damon got to work filming his new movie We Bought a Zoo yesterday, after spending a fun night at the glamorous Golden Globes on Sunday. He's working with director Cameron Crowe, Scarlett Johansson and Somewhere's Elle Fanning on the project, and was spotted having fun on set in LA yesterday. We should see the finished product before the end of the year as it's slated for a Dec. 23 release date, and he's also very interested in bringing Jason Bourne back for another film.