Megan Fox is on the cover of July's Interview magazine, and she spoke to actor Zach Galifianakis for the inside article. She's now in promotional mode for Jonah Hex after a recent relaxing and bikini-filled holiday with boyfriend Brian Austin Green. Megan has spoken recently about how her sense of satire fails to come across as she intends, and it seems as though she's trying to choose her words more carefully. She opened up to Zach about being a private person, learning to not follow her own press, and even her favourite foods. She said: 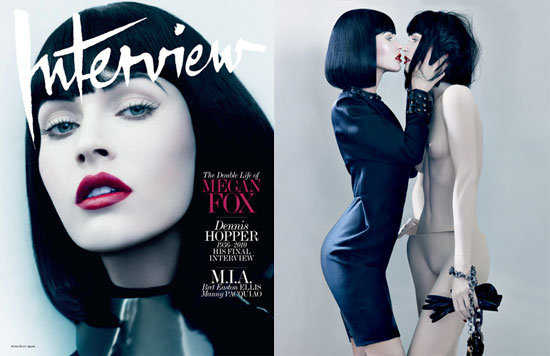 InterviewMagazineMegan Fox
Around The Web