Nadine Coyle was all smiles yesterday as she promoted her first solo single at Radio One in London — she also announced her engagement too! Her American chap Jason Bell proposed in LA last week, getting down on two knees instead of one due to an NFL injury. When speaking about the rumoured rift between her and the rest of Girls Aloud, she said she "hadn't heard from them for a while," though she went on to add they are definitely on a break and have not split up. Big congratulations to Nadine and Jason on their exciting news! 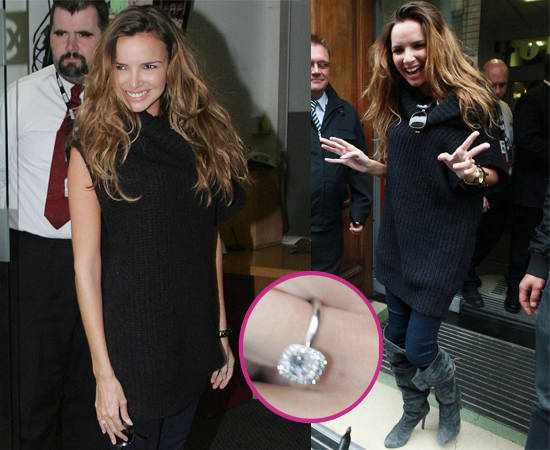