Naomi Campbell celebrated her 25 year career with Dolce and Gabbana last night with a big bash. The party was held as London Fashion Week came to a close, so fashion lovers moved from the front rows to the party. Jaime Winstone stroked Lily Allen's pregnant belly, just like Agyness Deyn did over the weekend! Naomi was also joined by Claudia Schiffer, who wore Naomi's face of her chest. There are 14 limited edition t-shirts on sale to raise funds for Pakistan's flood victims. The X Factor's Alexandra Burke cuddled up to Naomi, and her fellow alumni Olly Murs and Shayne Ward were also at the do. Pixie Lott, Paloma Faith and Erin O'Connor were amongst the partygoers. See loads more pictures after the jump! 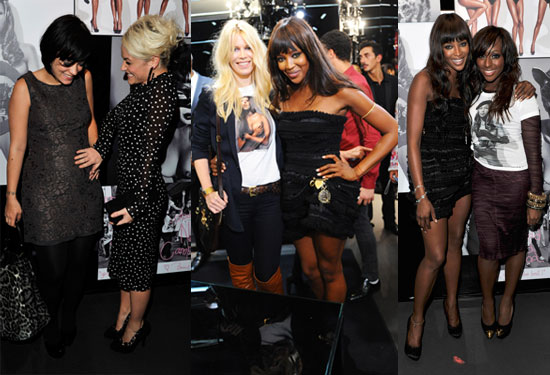