The Venice Film Festival got off to a stylish start yesterday as film talent arrived in Italy. Jessica Alba dressed casually as she took a water taxi to the Excelsior Hotel, then changed in to Valentino for the Uomo Vogue dinner for Quentin Tarantino. FabUK wants to know if you love or hate her look. She was joined by Stephen Dorff and Naomi Campbell, who was fresh off her bikini time in Sardinia with Bar Refaeli and Leonardo DiCaprio. After the LA premiere, Jessica is in Europe for Machete, and before she left NYC Jess had an awkward interview with Letterman about her costar Lindsay Lohan. Natalie Portman and her boyfriend Benjamin Millepied are also in Venice, as their movie Black Swan will open the festival. 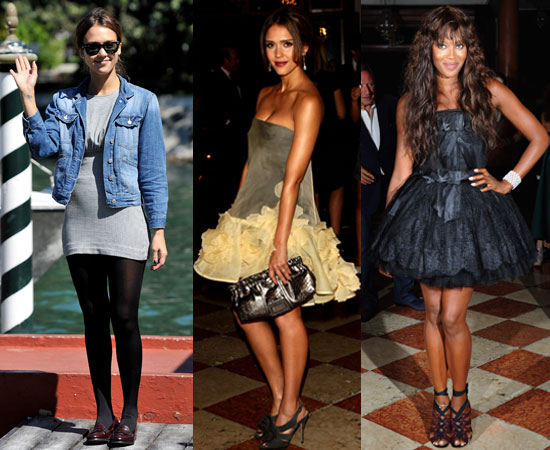 To see more pictures, including Quentin and Stephen, read more.