Naomi Watts stepped out in Armani and was hand in hand with Liev Schreiber at a screening of her new movie Fair Game in NYC this week. Naomi plays former CIA agent Valerie Plame in the film and even went through boot camp to prep for the demanding role. Lately, she and Liev have been spending their few months of downtime on the East Coast, playing at the park with their boys and celebrating Naomi's 42nd birthday. The movie-star couple seem ready to leave their other home base of LA behind, having listed their Brentwood home for $6 million. 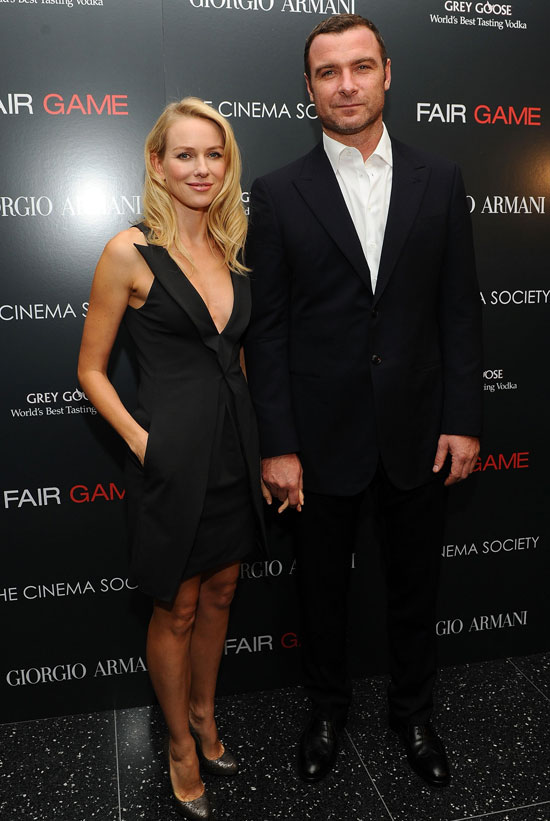