Naomi Watts is featured on the front cover of July's Marie Claire, and inside she chats openly about her childhood and her life now. Naomi discusses her father's death when she was seven, talks about her ex Heath Ledger, and the happiness she's found with her fiance Liev Schreiber. Here are some extracts: 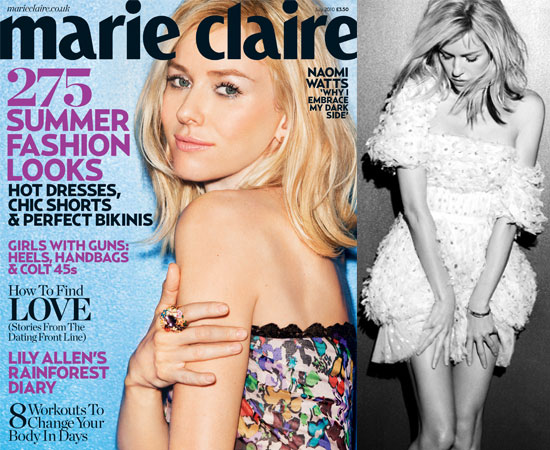 To read what she has to say about Heath Ledger, and her fiance Liev, just read more.

You can read the full interview in Marie Claire magazine, out now in the UK.