Opening night celebrations took place at the Venice Film Festival last night, with the premiere of the official opening film Black Swan, starring Natalie Portman. During the photocall earlier in the day Natalie posed with boyfriend Benjamin Millepied, but he walked the red carpet solo while she posed in her gorgeous red gown with Darren Aronofsky and Vincent Cassel. Which of her Venice looks is the most fab? Jessica Alba also had her big premiere for Machete last night, though — like the US premiere — her costar Lindsay Lohan was not present. Still, director Robert Rodriguez and costar Danny Trejo were by her side. 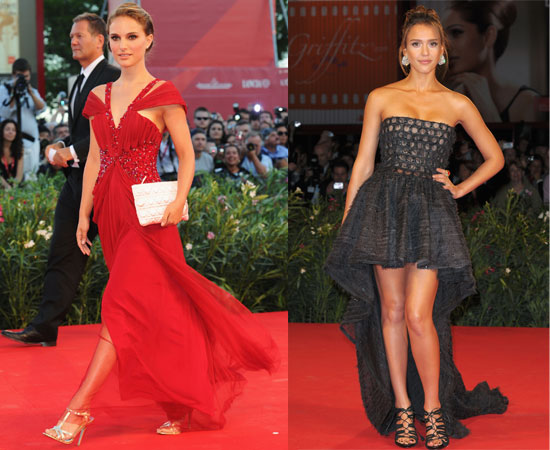 To see more photos from the premieres in Venice, just read more.