The first of the photocalls began at the Venice Film Festival today. Natalie Portman was with her boyfriend, Benjamin Millepied, as well as director Darren Aronofsky and other costar Vincent Cassel for Black Swan, which will open the festival. Jessica Alba was in front of the cameras again at the Palazzo del Casino, after attending the Uomo Vogue dinner last night alongside Naomi Campbell. Jessica was joined by director Robert Rodriguez and costar Danny Trejo to promote Machete. Quentin Tarantino was also ready to meet photographers on the opening day as Jury President alongside his fellow jury members. 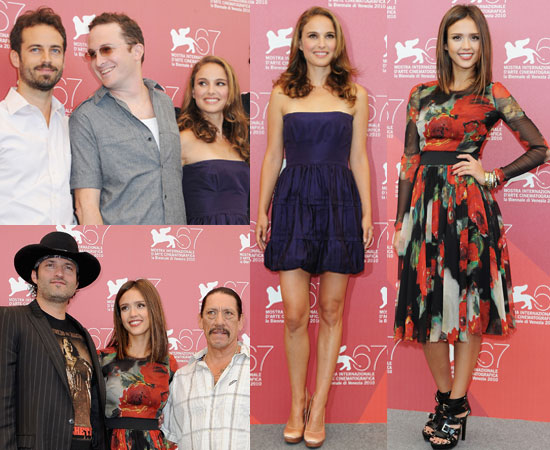