Natalie Portman waved to fans Monday at The Late Show's studios in NYC. The actress is out and about promoting Black Swan, and she spoke with David Letterman about the diet and exercise regimen she had to endure to play a ballerina. Natalie confessed to losing 20 pounds for the role, which was quite a bit for the 5' 3" star and prompted director Darren Aronofsky to tell her to eat more — check out an excerpt from her video below. She's hanging out in the Big Apple prepping for her film's premiere on Monday, but Natalie's also had time to focus on her favourite cause by joining Jake Gyllenhaal last week at a gala for the microfinance organization FINCA. It's been a serious few weeks for the actress with her drama about to hit cinemas, however it's her lighter side on display in her new trailer for Your Highness with James Franco. 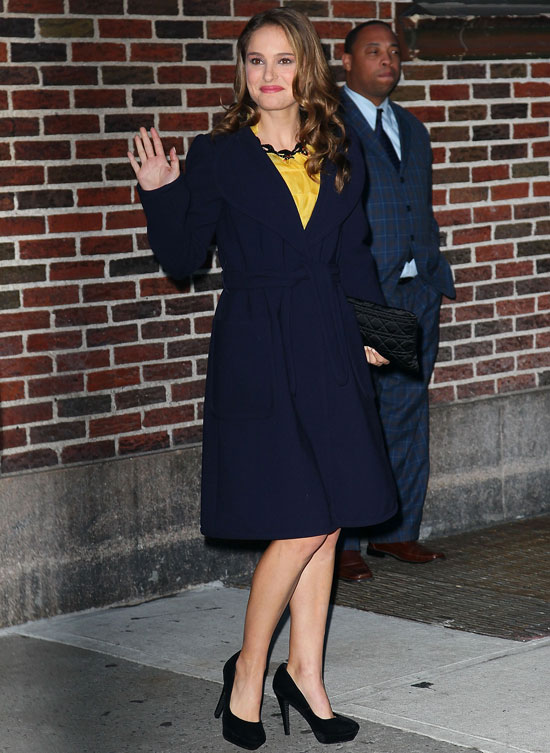 To see more photos of Natalie and video from her interview, just read more.