Last night New York played host to a screening of Black Swan, after the LA premiere took place last week. Yesterday the movie, starring Natalie Portman and Mila Kunis — who looked stunning in black and white — got lots of nominations for the Independent Spirit Awards, due to take place in February. Back in October I saw Mila, costar Vincent Cassel and director Darren Aronofsy present the movie at the London Film Festival, but it won't be out until late January in the UK. 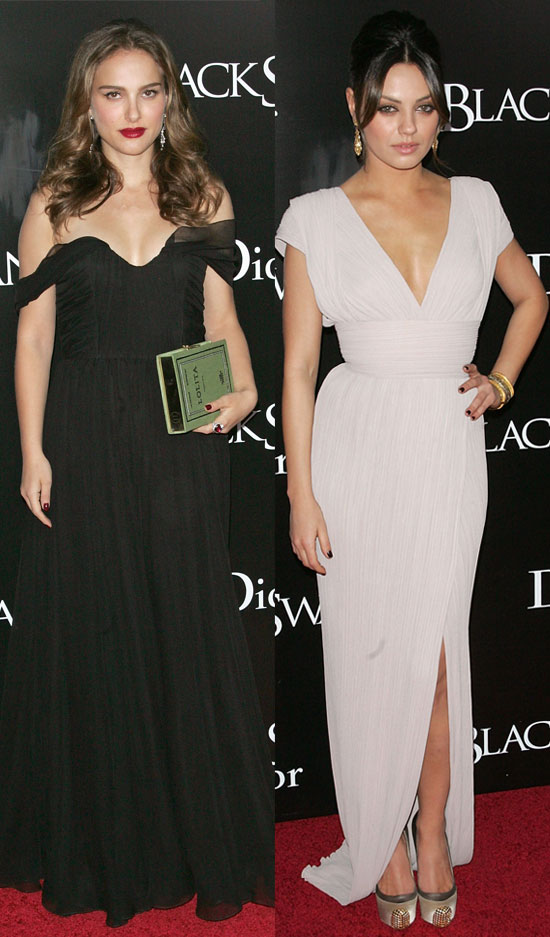