Natalie Portman and Mila Kunis attended the LA premiere of their movie Black Swan on Thursday during the AFI Film Festival. Natalie looked stunning in a floral dress by Rodarte, who also created her ballet costumes, as she smiled for pictures with Mila and their costar Winona Ryder. The actresses play arch-rivals in the film, which I caught at the London Film Festival and recommend, but they gushed at the screening about working with each other. Also in attendance was choreographer and Club Monaco model Benjamin Millepied, who is Natalie's boyfriend, though the two once again avoided posing together. 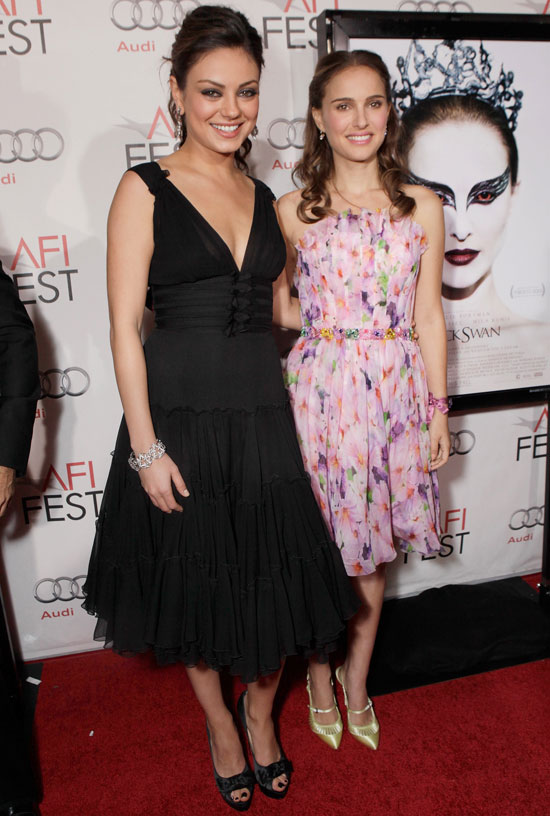 Jacob Elordi
Finally! Jacob Elordi and Kaia Gerber Brought Their Love to the Red Carpet For the First Time
by Victoria Messina 21 hours ago