Current stars of Neighbours celebrated 25 years and 6000 episodes of the soap with a party at The Olsen in Melbourne yesterday. Sam Clark, who plays Ringo Brown, will be leaving the show at the end of the month to persue his singing career. He was surrounded by his female cast mates, including Brit Gabriella Darlington who won Five's competition to play Poppy Rogers. Even though initial reports were laughed off, rumours of a Kylie Minogue cameo continue, as the former star of the show is in the Australian city visiting Dannii and Ethan. 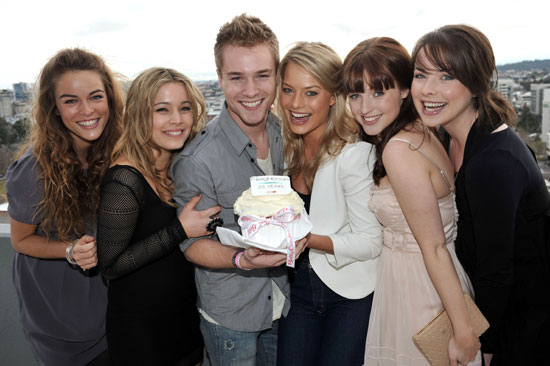 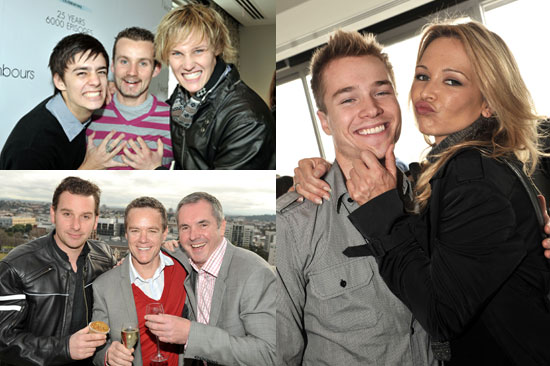