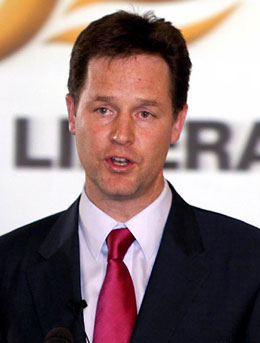 "We are now going to form a new government. More importantly we are going to get a new kind of government. I hope that this is the start of the new politics I always believed in."