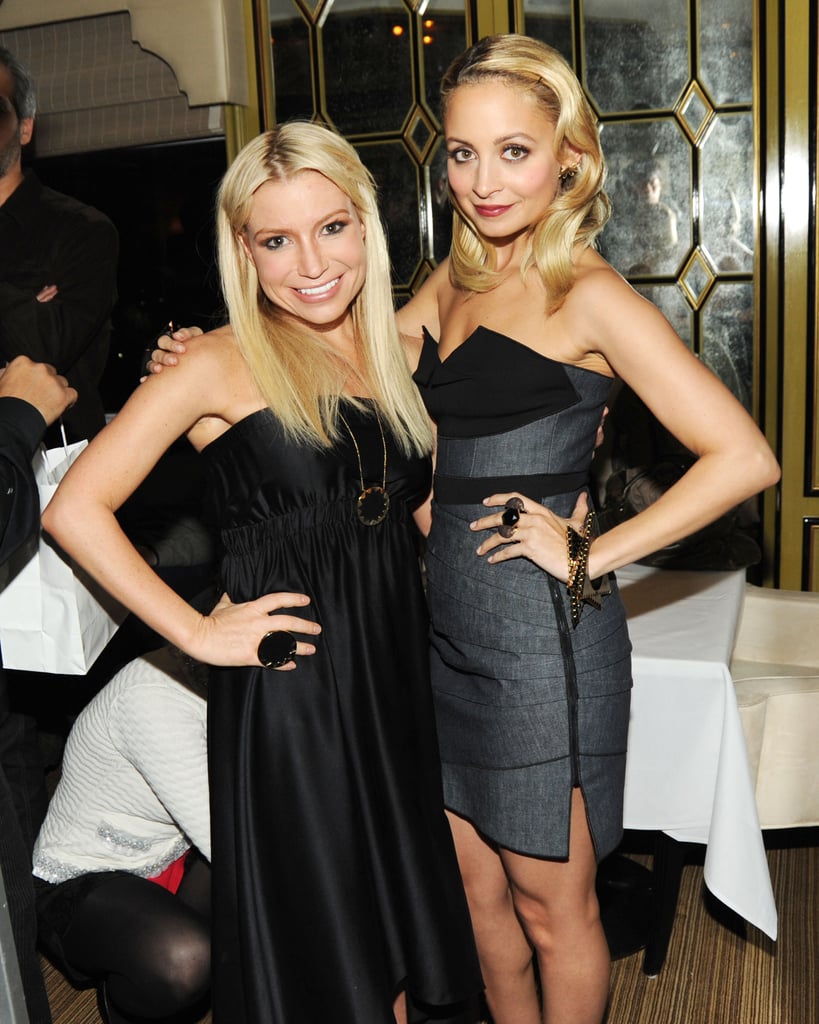 Nicole Richie was the centre of attention last night at NYC's Bergdorf Goodman, where she hosted a small party in honour of her Spring/Summer 2011 House of Harlow and Winter Kate lines. Her trip to the Big Apple was a quick one and won't leave her much time for Fashion Week fun, as she was only scheduled to attend the bash and a tutorial for the store's employees today. Nicole's pals like Charlotte Ronson and Jonathan Cheban were among those who turned out to support her design efforts, along with her fitness buddy Tracy Anderson. Tracy's in the city for just a few days herself, as she's heading to the West Coast soon to intensely work with Gwyneth Paltrow ahead of Sunday's Grammys. In addition to chatting about her famous clients like Jake Gyllenhaal and Ashley Greene — stay tuned for more from Tracy today on FitSugar — Tracy revealed that Nicole is a great pupil and they actually have a little project in the works. Tracy said, "It's going amazing, because she is an unbelievable dancer. We actually have a little surprise that we're going to release here soon. . . a little Nicole Richie/Tracy Anderson collaboration!" Nicole didn't show off her famous moves yesterday, though, as she tweeted before bed, "Wow, what a night! Thank you Bergdorfs! I know this city never sleeps, but I do. Goodnight!"