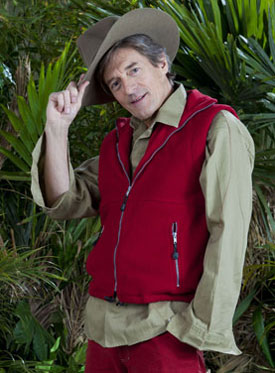 Nigel Havers has walked out of I'm a Celebrity Get Me Out Of Here. We watched last night as the actor spoke about whether or not he would stay, and today it has emerged that he did in fact leave the show.

Trouble started when Nigel refused to take part in the Kangaroo Court task, because it involved electric shocks. He was also unhappy about the prospect of being sent to the camp's prison. The drama continued in yesterday's show when Gillian Mckeith collapsed live on air.

Nigel was one of the original lineup who made their way to the jungle a week ago. They were joined by three new campmates at the end of last week. What do you think of Nigel's exit?

Nigel HaversI'm A Celebrity Get Me Out Of Here