Orlando Bloom was at Heathrow Airport yesterday preparing to take a flight. He's quite the frequent flier at the moment, having hurried through Berlin Airport earlier in the week. Miranda Kerr was also in the air as she flew from London to LA at the weekend. The couple have been spending lots of time together recently, with PDAs in London, Paris, Milan and Germany, when pregnant Miranda visited dad-to-be Orlando on The Three Musketeers set. 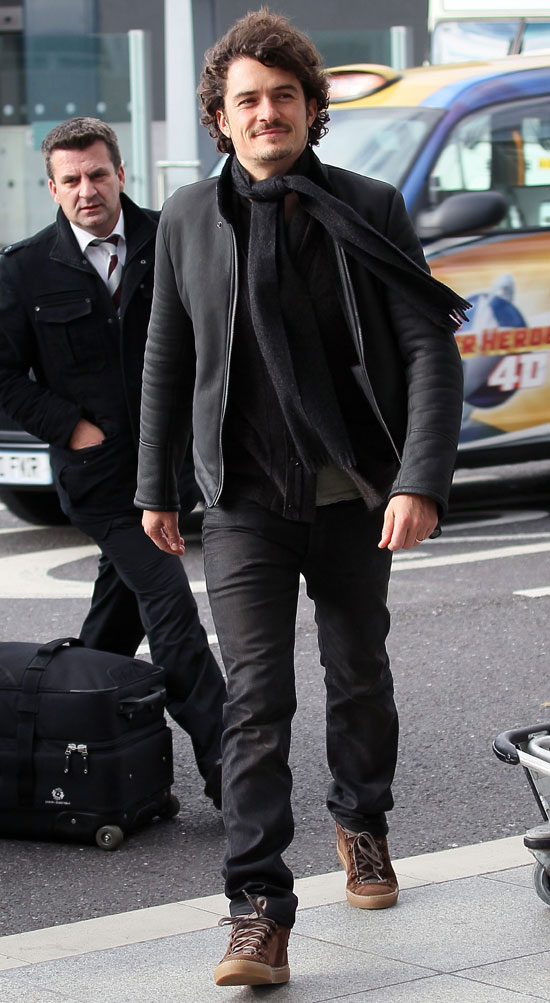