After all the fun of London Fashion Week, celebrities headed to Italy for Milan's shows this weekend. Megan Fox stayed close to Brian Austin Green at the Armani show, after promoting in Toronto. Uniqlo model Orlando Bloom and Miranda Kerr continued their European stay by attending the P&G Prestige And Vogue cocktail party. Jada Pinkett-Smith and her daughter Willow plus Claudia Schiffer and Mischa Barton were all at Salvatore Ferragamo. 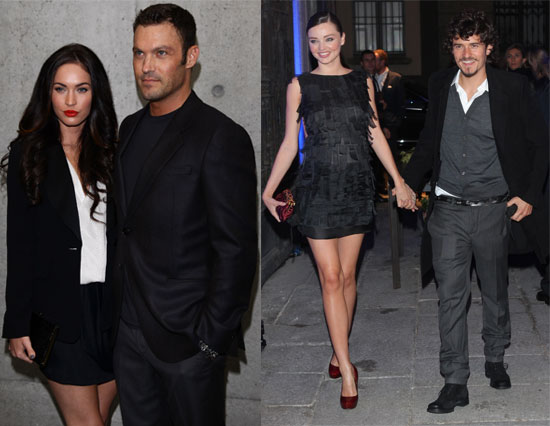 Naomi Campbell celebrated her 25 year career with D&G with yet another party, following her bash in London last week. Kylie Minogue headed from London to Milan for the D&G and Pucci shows. BellaUK has the lowdown on all the beauty looks from Milan, and FabUK and FabUS are bringing you all the news from the catwalks of Versus, Missoni, Versace and Gucci. 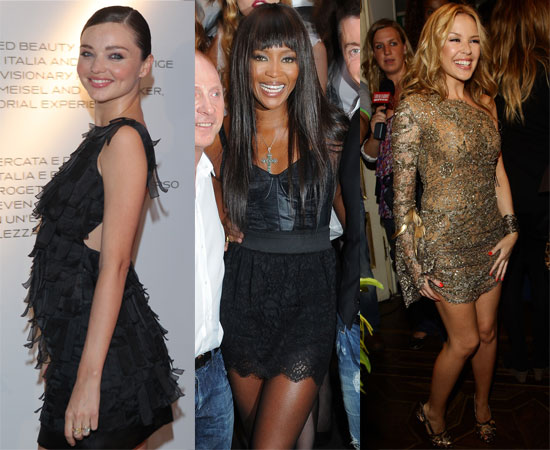 To see loads more pictures of celebs in the front row and at parties, just read more.