Orlando Bloom held on tight and led the way for his pregnant wife Miranda Kerr at LAX last night. He helped carry her chic Alexander Wang duffel and sneaked in kisses as they checked in for their flight. The model mum-to-be was absolutely glowing and has grown so much since she was spotted out a few weeks ago. Even though she's stuck to billowy dresses for the most part, Miranda recently debuted her expectant belly wearing her yoga gear in a video promoting her organic skin care line. Orlando's starting work on The Three Musketeers with a very happy Miranda by his side as they also prepare for their first baby together. 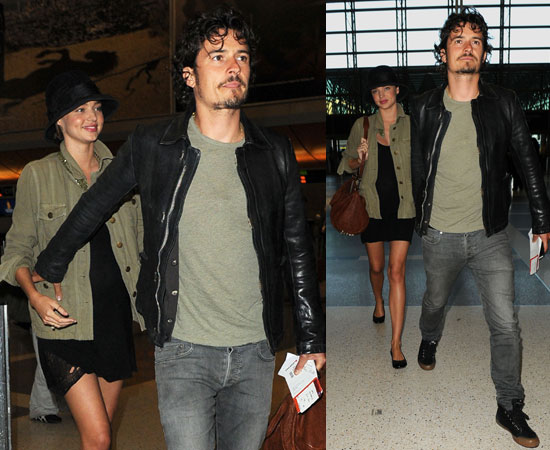