Peter Andre held up his new book My World In Pictures and Words at a signing in London yesterday. His left ring finger showed how he's finally removed his Katie tattoo following a series of laser treatments. Kate changed her Peter tattoo much sooner, striking a cross over his name in Ibiza last June. Pete's new show aired last night, and he took to Twitter to apologise for his comments about Kate and Alex's wedding: "The only thing I regret in that show was my reaction to the marriage. I was just a bit confused sorry that I said it was a joke." 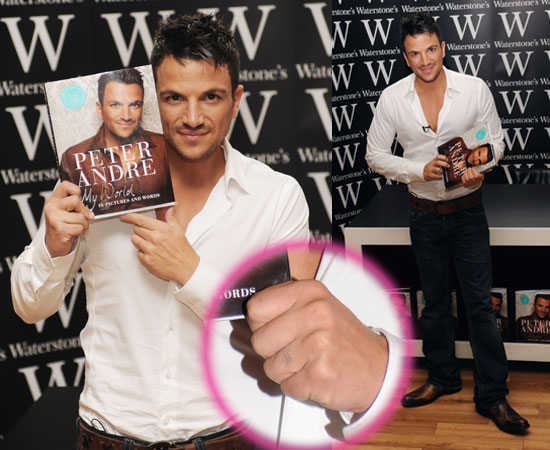