The stars of Piranha 3D gathered for their film's premiere in Hollywood last night. Kelly Brook and Jessica Szohr were together again, after attending the Breakthrough of the Year Awards on Sunday. They hung out with costar Jerry O'Connell who brought his wife Rebecca Romijn to enjoy the evening. Kelly covered up, despite calling August her "naked month" thanks to her Playboy and Love Magazine covers. She also spoke about her nude scene in the film, where she gets to "make out underwater with a porn star naked". The model/actress is embracing her typecasting at the moment, but would like to star in a British soap in the future. 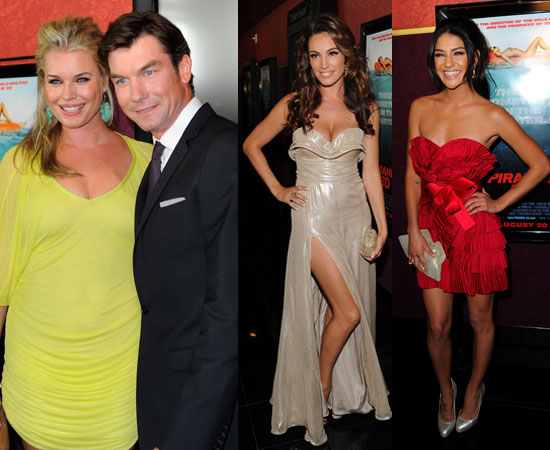