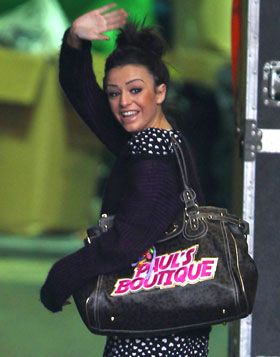 Last night's The X Factor saw Cher Lloyd leave the competition before Sunday's final show of the series. One Direction, Rebecca Ferguson and Matt Cardle have made it through to tonight's show, after duets with Robbie Williams, Christina Aguilera and Rihanna.

Cher performed with Will.I.Am, and after she was told she was out of the competition due to the public vote, said:

"I’d like to say thank you to everybody who ever believed in me. My highlight throughout the whole of this was standing on that stage with Will.i.am, I thank everybody who arranged for that to happen and I thank Will.I.Am."

Are you happy she's not in the final three? Let me know!