Kelly Brook walked the Giles catwalk at London Fashion Week yesterday, alongside Agyness Deyn and Abbey Clancy, who recently confirmed that she's pregnant. They walked in front of a packed crowd including Kerry Katona and Roisin Murphy, and then Agyness was spotted at the afterparty alongside Pixie Geldof. Olivia Palermo offered a big grin to cameras before checking out the Pringle of Scotland collection, and it's been revealed she'll be joining Scarlett Johansson and her own boyfriend Johannes Huebl to model for Mango. Don't forget check out all FabUK's coverage from the shows and follow her on Twitter for up to the minute updates! 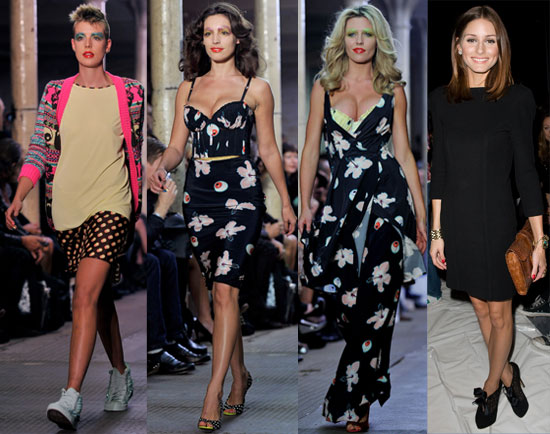 To see more photos from the shows and parties yesterday at LFW, including Bjork, Bill Nighy, Anna Wintour and more, just read more.