Alicia Keys hosted the Keep A Child Alive Black Ball fundraiser in London last night. She wore a big dress which hid her baby bump, as it was later announced she is pregnant and engaged to Swizz Beatz! The singer was joined at the charity do by Katie Price and Alex Reid, who are hoping for baby news of their own soon. Jade Ewen and Gabriella Climi posed back to back at the event, which included a cocktail party, auction, dinner and awards ceremony. 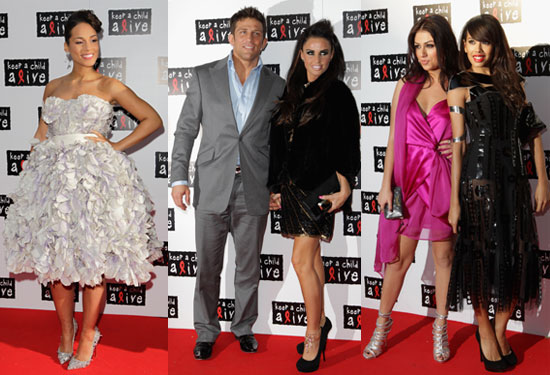