Gorgeous Dannii's pregnant with her first child at the moment, and she took some time out to chat to InStyle magazine. In the accompanying photoshoot she looks naturally gorgeous and talks about the fact she's given up Botox. She also chats about her famous sister, her man Kris, and pregnancy too. Here are some extracts: 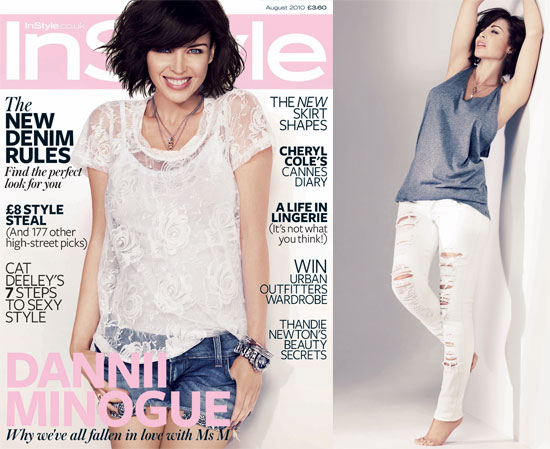 To read more from Dannii on Kris and pregnancy, just read more.

To read the full interview check out InStyle magazine, out now in the UK!