Lily Allen looked gorgeous as she took to the stage in jeans and a checked shirt at The Big Chill festival this weekend. She happily announced that she's pregnant with her man Sam Cooper's child last week, and this was her first singing appearance since the exciting news was released. Lily banned photographers from the pit in front of the stage for her performance, and before she sang she said: "Excuse my casual attire but I'm pregnant and this is called the Big Chill. I packed high heels but my boyfriend unpacked them. He told me I'm not wearing high heels on stage. So that explains the jeans and lumberjack look." She refuted rumours that she'd cancelled her appearance on Twitter earlier in the day. 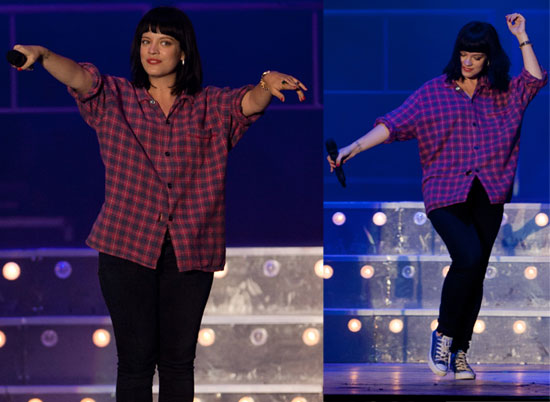 To see more photos of Lily dancing around the stage, just read more.