Penny Lancaster and Rod Stewart announced their baby news this week, and yesterday they put their feet up in Malibu. The couple hung out on the balcony and sunbathed, while Rod's son Sean got shirtless on the beach, and played with his littlest half-brother, Alistair. They made it a family day when another of Rod's sons, Liam, joined the group for dinner at Nobu. Penny and Rod's second child together is due in February. 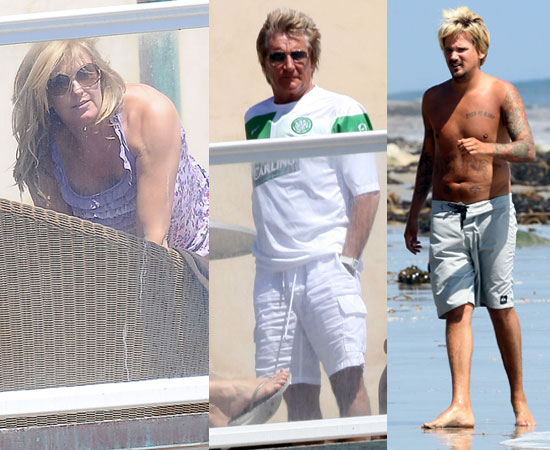