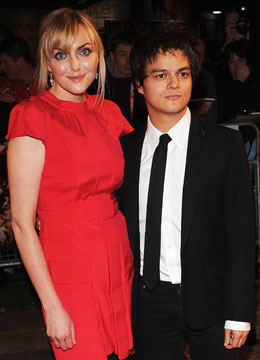 Sophie Dahl and Jamie Cullum have confirmed that Sophie is pregnant! Their spokesman released a statement saying:

"In response to a number of recent inquiries, Jamie Cullum and Sophie Dahl are delighted to confirm that Sophie is four months pregnant. There will be no further comment at this time."

The couple got engaged in April 2009, and married in January. Sophie joins several other famous expectant first time mums.

Congrats to Jamie and Sophie!