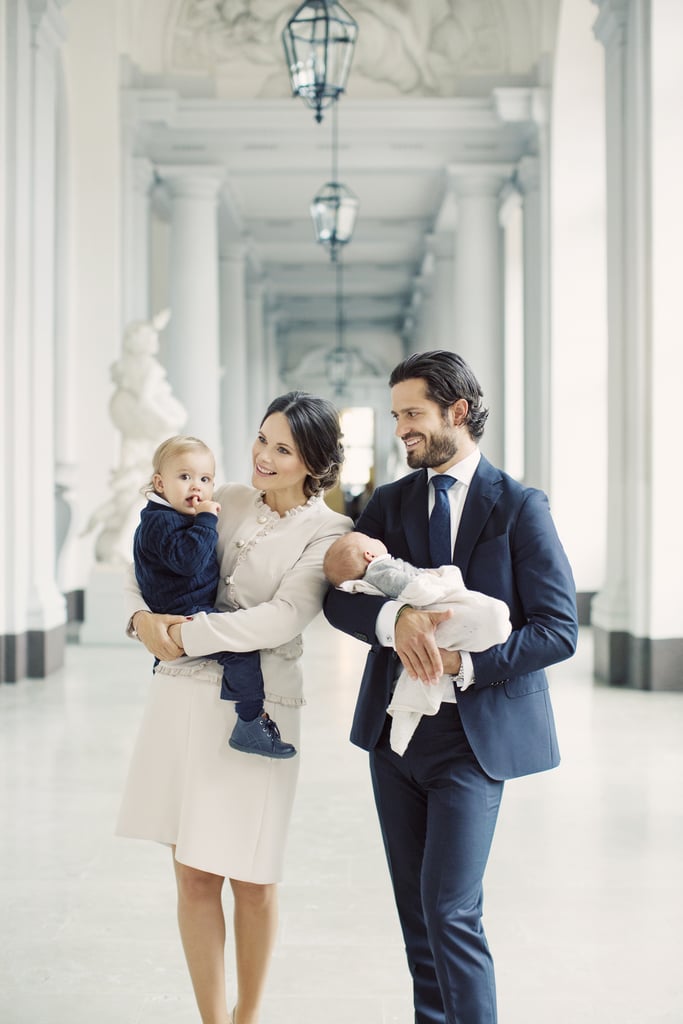 Princess Sofia and Prince Carl Philip of Sweden welcomed their second child, Prince Gabriel, back in August, and now the world is finally getting a first look at their little bundle of joy. On Monday, the Swedish royal couple released the first family portraits featuring their two sons, Gabriel and 1-year-old Prince Alexander, and they are precious. The photos, which were taken earlier this month at the East Gate of the Royal Palace by photographer Erika Gerdemark, include a snap of Sofia cradling baby Gabriel as he adorably looks up at her and another of Carl holding Gabriel while Sofia carries Alexander.

Along with the shots, Carl and Sofia also included a sweet statement that reads, "A big and warm thanks for all the kind congratulations that have been received in connection with the birth of our son, Prince Gabriel. We appreciate your caring a lot." According to a palace spokesman, Gabriel is set to be christened at Drottningholm Palace Church on Dec. 1, which means we'll hopefully be treated to even more sweet family moments.