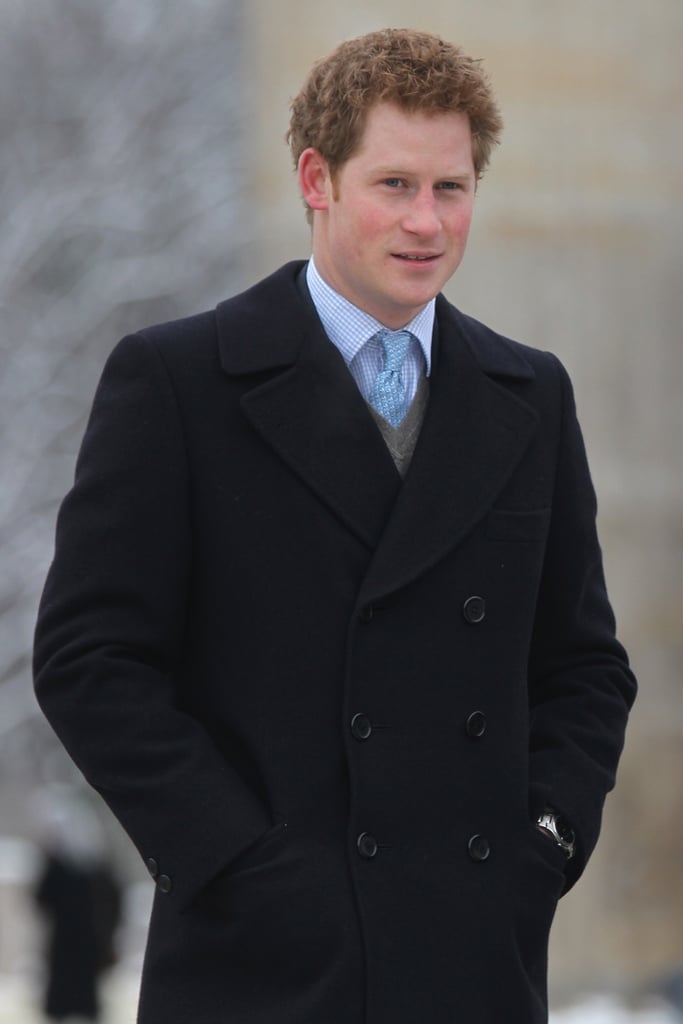 Prince Harry wrapped up warm while visiting the Brandenburg Gate on Sunday. He also visited the Berlin Wall memorial, and laid a wreath to pay tribute to those who died trying to escape East Germany. On Saturday he attended the Ein Herz Fuer Kinder gala, where he was honoured for his charity work. Last month Harry commemorated soldiers killed in the Afghanistan conflict. While Harry was in Germany, Prince William and Kate Middleton stepped out together in England at a Teenager Cancer Trust Christmas fundraiser. Harry has spoken about his delight at Wills and Kate's engagement, and their happy news was one of the biggest headlines of the year. Wills, Harry, and Kate are all in the running to be named your favourite British personality of 2010.

Previous Next Start Slideshow
Prince Harry
Around The Web