Prince Harry attended the wedding of his former equerry Mark Dyer, who married Amanda Kline at St Edmund's Church in Abergavenny on Saturday. The previous night he headed to the Wireless Festival in Hyde Park, and was reportedly left embarrassed when Pink snubbed him backstage. Other celebs were happy to chat with Harry, however, including Glee's Cory Monteith, who tweeted a picture of his royal meeting. Harry was without Chelsy Davy over the weekend, following their recent meeting in South Africa. His previous romantic liaisons might cause Harry some distress, as a 38-year-old woman is set to reveal all on The Real Housewives of DC about a kiss she shared with Harry in 2006. 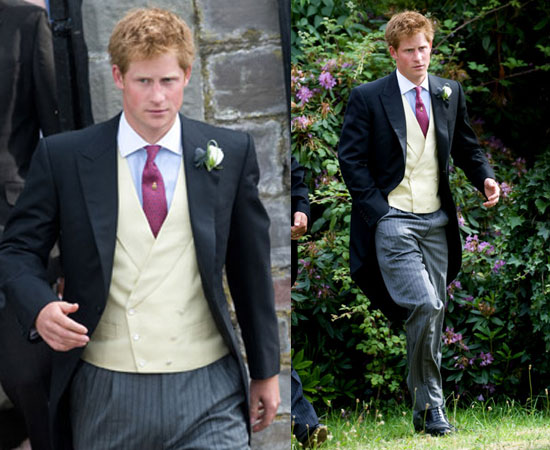