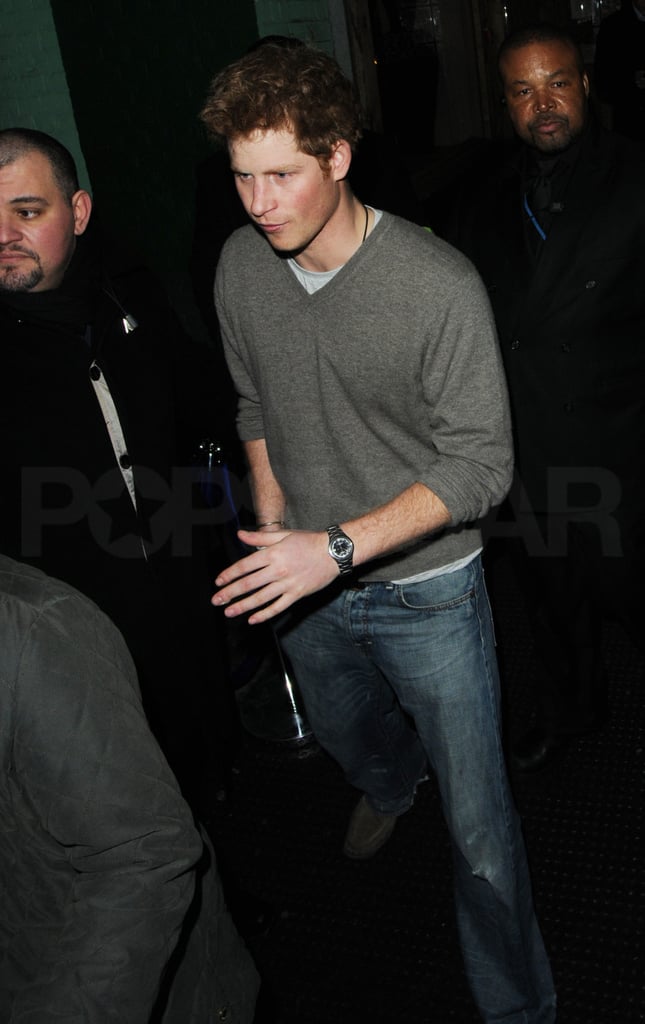 Prince Harry was out last night at Guy Pelly's new club Public, partying with Princess Beatrice and Princess Eugenie. He dressed down in a grey jumper and jeans for a night out in London after getting back from Berlin, where he visited the Brandenburg Gate. He has two weddings to attend in 2011 as his brother's marrying Kate Middleton and his cousin Zara Phillips announced she's marrying rugby player Mike Tindall.