William and Harry were left distraught after playing polo in the Audi Polo Challenge in Ascot yesterday. Harry's 10-year old pony, Drizzle, collapsed and died of a heart attack during the match. Realising something was wrong, Harry rode her off and was in tears when she died minutes later. He had spent a happy afternoon on Friday graduating from his pilot course in front of Chelsy Davy, whom he is rumoured to want to marry before his return to Afghanistan. 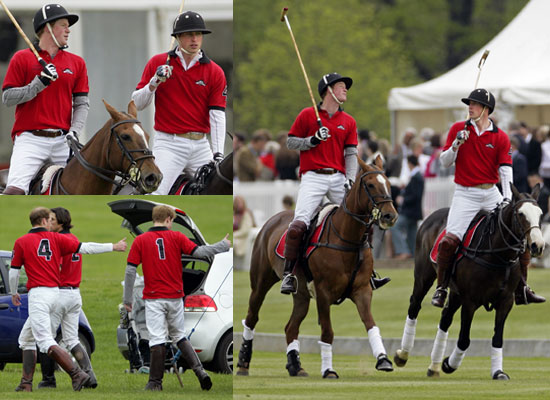