Prince Harry paid his respects to soldiers killed in the Afghanistan conflict at the opening of The Royal British Legion Wootton Bassett Field of Remembrance yesterday. He took part in the commemoration, laying a cross and poppy for his friend Jonathan Woodgate. Harry had a busy weekend, hanging out with scouts and fundraisers in aid of ABF The Soldiers' Charity, and watching England's rugby game against New Zealand. 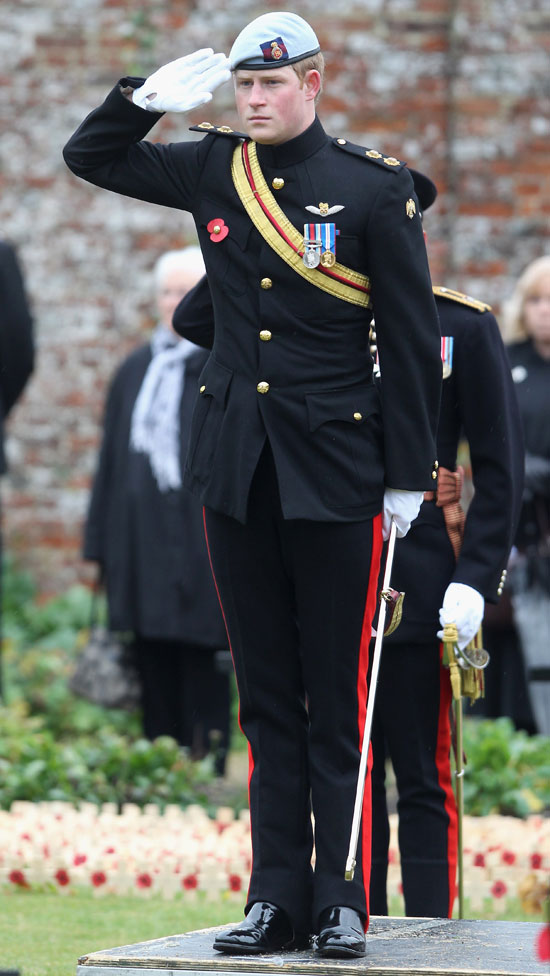