Prince William was in uniform for the 70th anniversary of the Battle of Britain at Westminster Abbey yesterday, after graduating as a RAF search and rescue pilot last week. He was joined at the thanksgiving by Ewan McGregor, who read prayers during the commemorative service. Last month Ewan filmed scenes in Downing Street for Salmon Fishing in the Yemen, and a resident of that road was also in attendance yesterday. New dad Prime Minister David Cameron watched the fly-past with Wills, and Prince Charles and Camilla were also at the Abbey. William was one of the victims of the recent phone hacking scandal, but he has plenty of positives to look forward to, including his rumoured 2012 wedding with Kate Middleton. 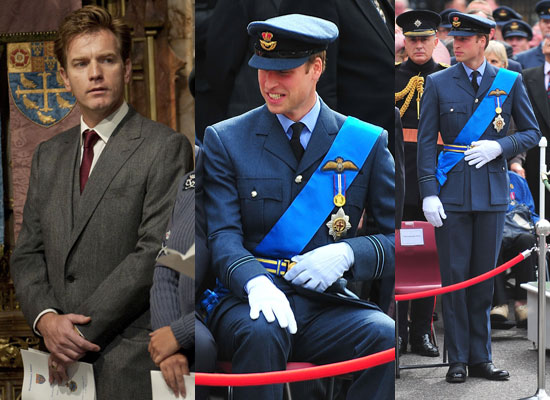 To see more pictures of Wills and Ewan, read more.