Prince Harry and Prince William were on different continents yesterday, both undertaking official duties. GQ's King of Cool Harry was at a garden party at the British High Commission in Botswana, while Wills was at the Order of the Garter Ceremony at Windsor Castle. He wore a splendid plume, just like last year, and will now join his younger brother for their joint tour of Southern Africa. Harry missed out on the weekend's Trooping the Colour, and both of them will miss Royal Ascot which starts today. At least they've got the World Cup to enjoy! 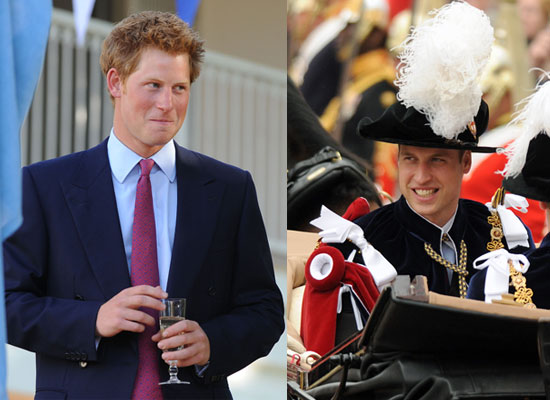 To see more of Harry in Africa and Wills with the royal family, read more.